A Guide to Obtaining a Foreign Subpoena

Foreign subpoenas are issued under the authority of a court covered by a “foreign jurisdiction”—the states and territories outside the state of the court.

In some cases, a foreign subpoena is necessary to take a deposition or get records from a non-party in another state. Often, this process can be tiring and time-consuming, especially if you are unsure of the procedures involved.

This article will discuss the process of obtaining a foreign subpoena.

Determine if the state has adopted the UIDDA.

The Uniform Interstate Depositions and Discovery Act or UIDDA is a model statute that creates a uniform process for obtaining depositions and discovery in states that have enacted the Act.

States that have adopted the UIDDA include:

The Act has also been adopted in the US Virgin Islands and the District of Columbia. 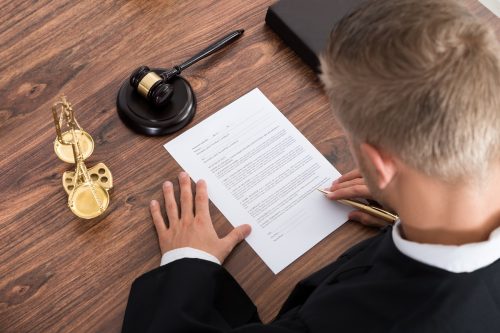 Determine which court to go through.

Find out which entity will need to receive the subpoena for the records or deposition you need. For example, a subpoena for employee records may need to be issued to a corporate HR department located in an entirely different state.

After finding out where the subpoena needs to be issued, you can then find out which court has jurisdiction over that entity. Note that you need to find the court that handles cases similar to the one you are working on.

Get in touch with the court.

Reach out to the court and find out what their procedure is for foreign subpoenas. You may need to get forms to fill out or pay some fees. Keep in mind that even within the same state, some courts will have very different procedures.

Once all the requirements have been met, you can file the foreign subpoena with the county clerk of the state in which the entity with the records or the person from whom you need the deposition is located. The county clerk will then issue an out-of-state subpoena.

After you have received the out-of-state subpoena, you can then serve it to the concerned entity, along with the documents that would typically accompany a subpoena, depending on the type of discovery you need.

Make sure that your subpoena complies with the rules and procedures of the out-of-state court you are working with. This can easily make or break any case before it even begins.

Foreign subpoenas are necessary to get out-of-state records and depositions. Understanding some general procedural steps can help you when you encounter this need.