The UIDDA and Serving Out-of-State Subpoenas

The Uniform Interstate Discovery and Depositions Act or UIDDA has been a significant help to litigants who need to reach pieces of evidence or witnesses outside their state. Fourteen years after this act was first promulgated, it is now effective in 43 states.

What exactly is the UIDDA? Who is it for? And most importantly, how does it affect someone who wants to build a case using resources from outside the state?

This article explains why UIDDA is a crucial consideration when serving out-of-state subpoenas from New York. It also sheds light on how much improvement the act has been for the overall legal process.

The UIDDA establishes a standard set of procedures for issuing subpoenas for out-of-state document requests and witness depositions.

To build a strong case, litigants may sometimes need to get evidence or statements from witnesses outside the state they’re in. New York lawyers, for example, may need to subpoena a witness located in New Jersey.

Before the UIDDA, there were different procedures for going about getting an out-of-state subpoena. Depending on the states concerned, litigants were often required to hire another lawyer from the state where the evidence or the witness was located.

Today, if the lawyer issuing an out-of-state subpoena and the evidence or witness they need is located in one of the 43 states that have adopted the UIDDA, the lawyer only needs to submit a subpoena to the court with jurisdiction. This process is called domesticating the subpoena.

The court then releases a subpoena with the same terms. This document is now ready to be served directly. 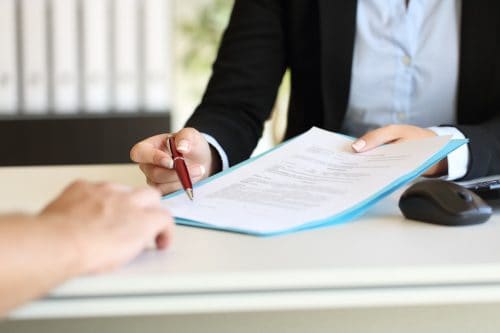 UIDDA vs. Other Procedures

Since only 43 states have adopted the UIDDA, other states still have different procedures for out-of-state discoveries and depositions.

Some states have adopted the Uniform Foreign Depositions Act or UFDA. In these states, the attorney must get a deposition and a local court order authorizing the deposition. This court order is then brought to a local attorney or clerk for the subpoena to be issued in the proper form.

All other states have non-uniform procedures. This means the entire process of out-of-state discovery or deposition can vary from one state to the next.

The UIDDA has been incredibly useful for those filing lawsuits across state lines because of the simplicity of the process and because of its now widespread adoption.

However, anyone who wants to begin a lawsuit that needs evidence or witnesses outside their state of origin still needs to understand the nuances of local regulations to draft valid subpoenas to domesticate.

While the UIDDA has simplified securing an out-of-state subpoena, learning how to navigate the process of serving out-of-state subpoenas is time-consuming. Determining how a particular state and court handle domestication and service of subpoenas from foreign jurisdictions can take hours—time better spent on other matters involving your case. Additionally, you would need to communicate with the clerk of court, fill out and file multiple papers, and ensure the subpoena is served correctly and to the right party.

Process servers can assist with the domestication of foreign subpoenas in states that have adopted the UIDDA. They are able to handle the entire process, from domestication to service, while ensuring timeliness and accuracy.

Whether you are planning to file a lawsuit and make use of evidence or a witness from outside New York or need to employ the services of professional process servers for any other reason, you can rely on Serve Index LLC. Contact us today to learn more about our services.