Homelessness is a difficult situation no one wants to experience, especially in New York. For all its attractive attributes, life in the city is hard for people who don’t have any form of shelter to retreat into when the weather turns cold or if there is widespread political and social unrest. It’s even more dangerous for the homeless when there’s a raging pandemic: they are exposed to any and all viruses and could become carriers of illnesses themselves.

Any of these is motivation enough for people to resist eviction and foreclosure, even if their situation is a result of irresponsibility and financial neglect. Lenders and their attorneys can, therefore, expect people to put up a fight when they will foreclose a property due to non-payment of mortgage dues. 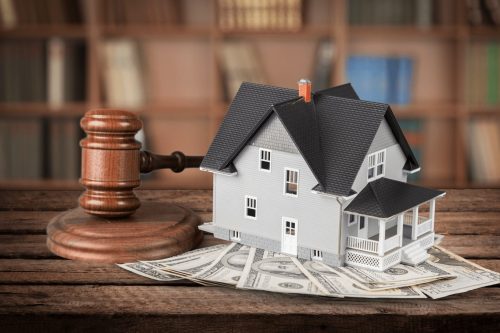 The foreclosure process in New York leans heavily in favor of borrowers. New York is a judicial foreclosure state, which means that lenders cannot easily evict a resident and foreclose a house even if said resident (or borrower) is not paying his or her mortgage.

Delinquent borrowers who understand just enough of the foreclosure laws and procedures in New York could use this fact to their advantage. Learn to identify the strategies they might use to stall foreclosure summons and court hearings.

Here are some examples:

Process service is critical for commencing a legal action or proceeding. It complies with the constitution’s mandate that defendants of a case must be served and allowed to respond to a summons. If, however, the service of process is not done correctly (i.e., the papers were served on a Sunday, served past 10:00 in the evening, or entrusted to a person who’s not qualified for Substituted Delivery), the judge could dismiss the case in favor of the borrower. Lenders would have no choice but to restart the process of filing a case again.

Borrowers who are aware of the sanctity of the service of process might compromise the integrity of the process server or trick them into making a mistake. If successful, borrowers may use improper service of the Summons and Complaint as a defense against a foreclosure case.

Lenders can protect the integrity of their case and enforce a foreclosure summons by hiring competent, experienced, and licensed process servers in New York City. Professionals won’t be easily distracted by histrionics, aggression, or attempts to confuse them into serving the wrong people.

Lenders can only foreclose a property by suing the borrower. Once the foreclosure process starts, however, the borrower’s obligation to pay mortgage fees, taxes, and insurance premiums are also temporarily put on hold. The court may even allow them to live in the same house rent-free during this period. Considering that the foreclosure process in New York can take as long as two and a half to three and a half years, going to court arguably benefits borrowers in a foreclosure case.

Details matter in legal proceedings. If a complaint lists the wrong amount, the lender will have to backtrack and redo its complaint. This is why paying a partial amount of the debt through refinancing just before the legal papers are served (which would render the complaint wrong) can buy borrowers more time.

The rules surrounding foreclosure procedures in NYC are numerous and potentially confusing. Just like how improper service of process can be used as a defense against foreclosure, violations of any of these rules could also influence a judge to rule in favor of a borrower.

Here are examples of the rules that lenders and their lawyers need to observe:

If a lender’s camp commits mistakes in any of these, borrowers can add the violations to their defense. These violations are unlikely to result in a dismissal, but the delays in the proceedings will work in favor of the borrower.

Avoid the detours and delays that often plague foreclosure cases in New York. Hire experienced process servers who know the rules of foreclosure so that defenses like improper service or process violations won’t hold water in court.

Get in touch with Serve Index LLC today.